The user interface for the Salesforce Suite in Drupal 8 is fantastic. The suite itself is incredibly powerful. Among the many options, for each mapping you create you can specify what operations should trigger a synchronization. Here’s an example: 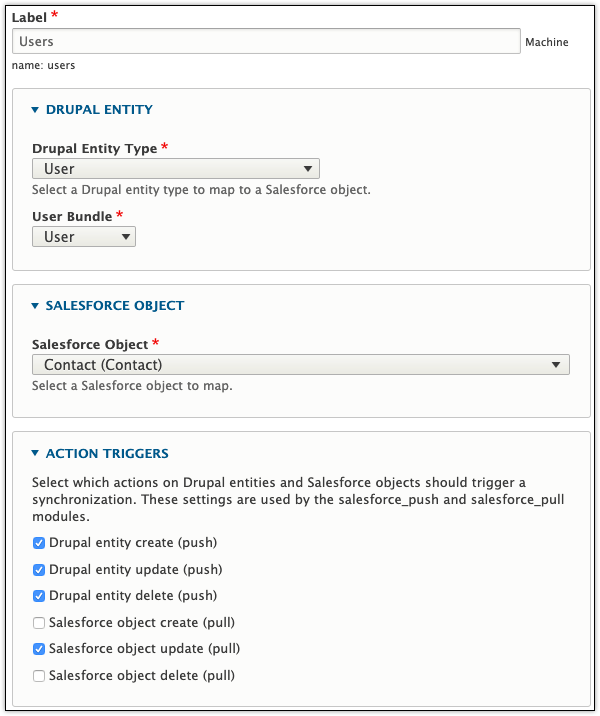 We recently faced an issue with the “Drupal entity update” trigger being called too often. The salesforce_push module implements hook_entity_update() , which gets called a lot. After looking at how the functions are called in salesforce_push.module I realized there were two choices:

The latter seemed safer for various reasons, so I took that approach. Unfortunately the only information available in the event is the entity, the mapping, and some other odds and ends. 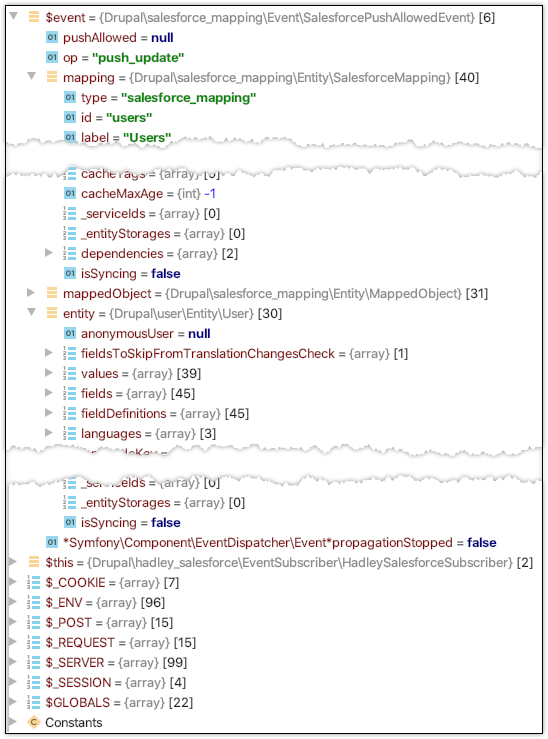 You do, however, have the ability to load / leverage whatever you want from Drupal. So, I got creative and decided to use the path info to determine whether or not to allow the push. Basically I only wanted the update push when a user actually edited their account. I don’t want a push when some other Drupal module alters the account.

Here’s what I ended up with:

Is this bullet proof? No, probably not; it may require updating as we think of new cases for allowing the push_update operation. Does it get the job done? Yes! It’s easy enough to modify as needed, and it leverages a built in event that is unlikely to change. This approach seemed much safer than cloning a bunch of code from the salesforce_push module.